Another lamb needs a bit of TLC so has been put in with Sonic. 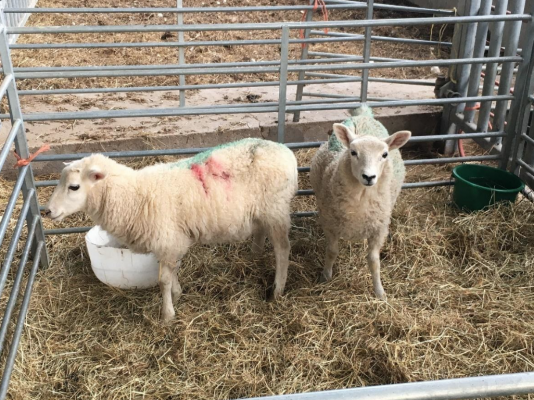 Sonic we’ve established is a boy. The new lamb is nowhere near as fretful as Sonic. The new lamb has a similar fleece to Champion so possibly has some Dorper in him/her. It’s a much softer wool and Champion sheds his fleece or partly anyway, which is a Dorper characteristic.

It’s odd how some of the sheep have lost weight and others haven’t. Bramble, here on the right doesn’t look any thinner than the day she came into the barn.

Audrey on the other hand has. They are both the same age. 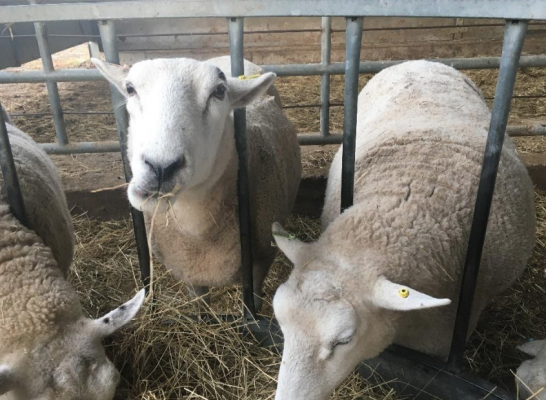 Boots who lives at the farm has been helping with feeding.  He knows that if he sits down, the sheep find him far less intimidating and will come over. 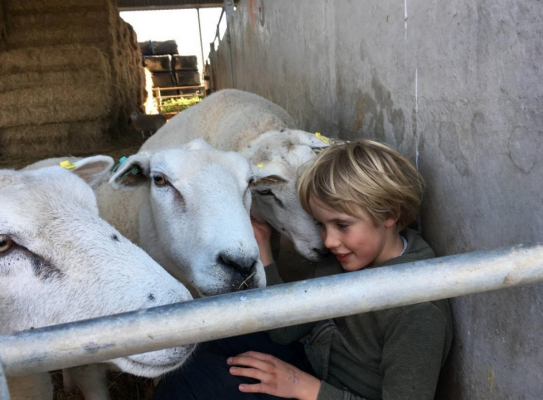 Half of the sheep have been let into the field today, the thin sheep! 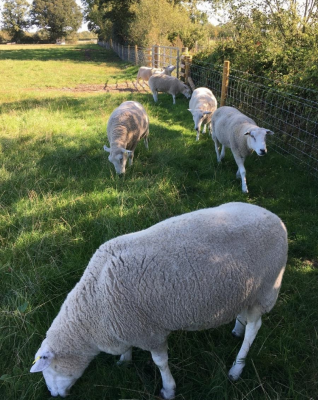 They have gone into the field opposite containing the cow with the poorly foot and a mother and calf. 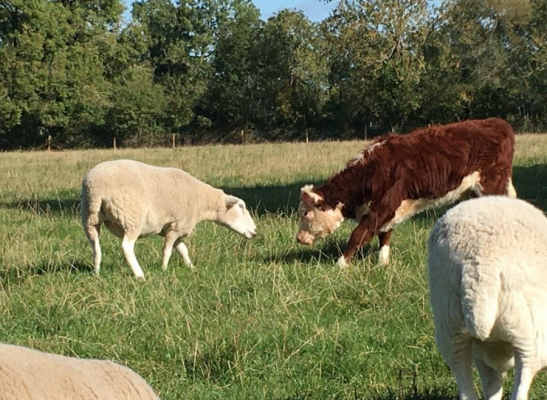 Sonic and ‘we can’t help but think of him as Tonic’ are doing well.  Tonic will allow us to stroke his head. 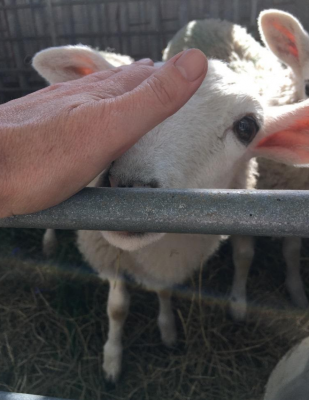 Chubby and Kangaroo are feeling somewhat put out that they have been left in the barn as they haven’t hit their target weight yet. Along with Bramble and Pecky. 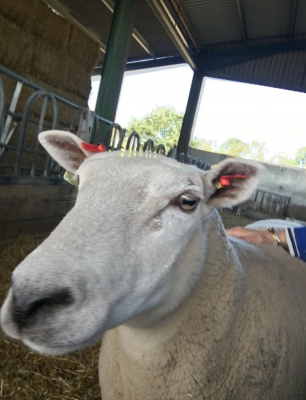 Rambo, the friendly ram continues to be friendly and is happy to run over and say hi and be stroked. He wags his tail when you rub his cheek. 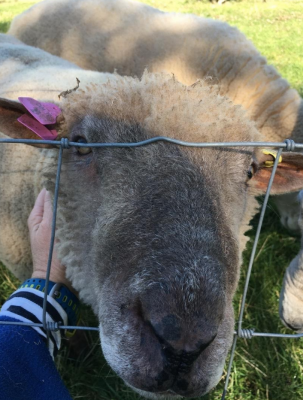 The puppies have now nearly all found homes, the last one will be picked up 7 October.  The farm have decided to keep Dot. Quite the sleepiest of all of them. 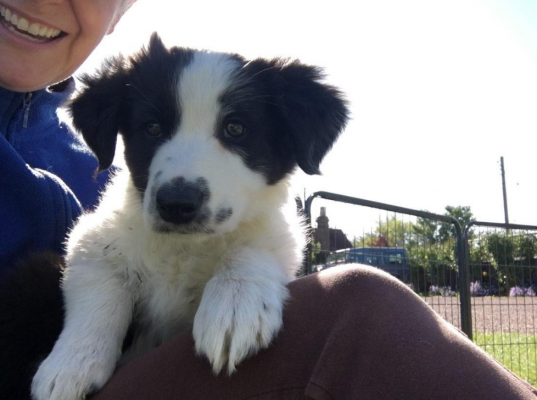 We’ve had some fairly wet weather and the sheep didn’t seem to like being separated.  The outside flock spent the whole time stood at the gate calling for those inside the barn. 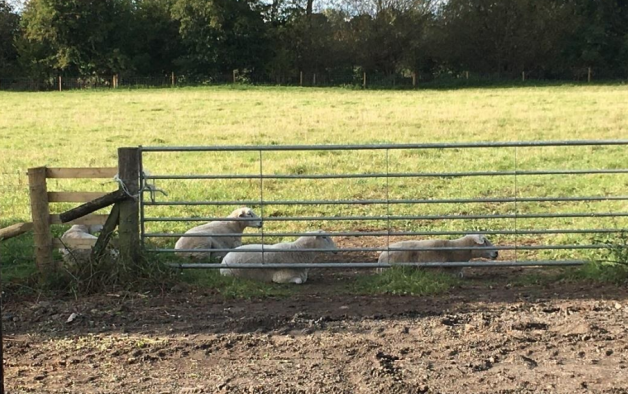 So they were reunited today.

We had one escapee who jumped through the small gap between water trough and gate. 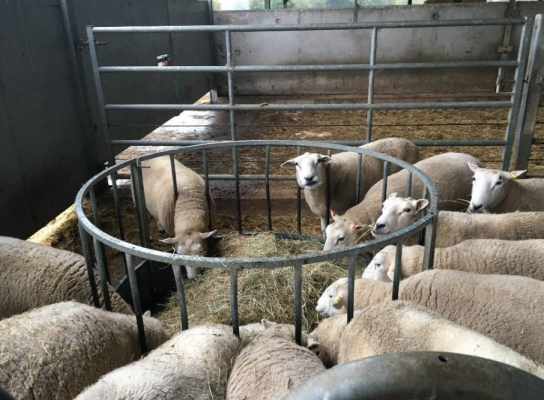 We have named one of the rams Gordon. 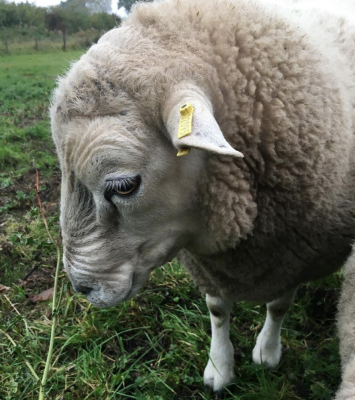 Rambo has settled in with the 2 existing rams now although there was some jostling for position initially.  A few bloody heads. 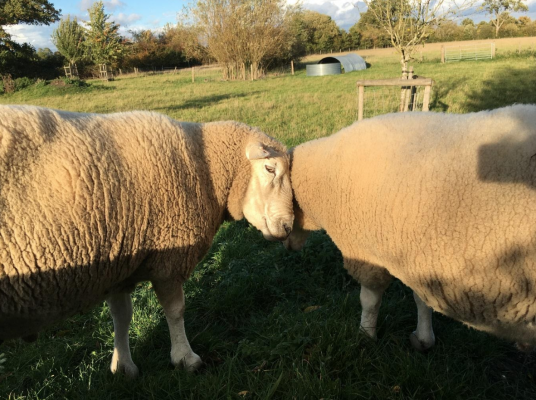 And today the final ram arrived at the farm to make up the complement of 4.  He seems quite cross at the moment, lots of feet stamping.  He is spending a couple of weeks down at the barn next to the Lsd sheep. 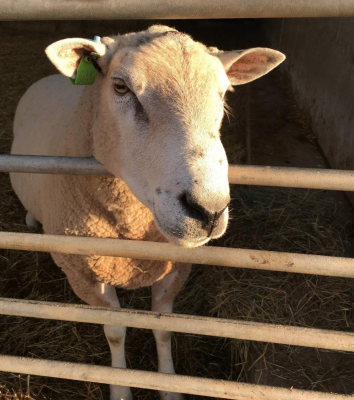 A calf was born today, needed a bit of help to get out but is now doing well and our new neighbour. 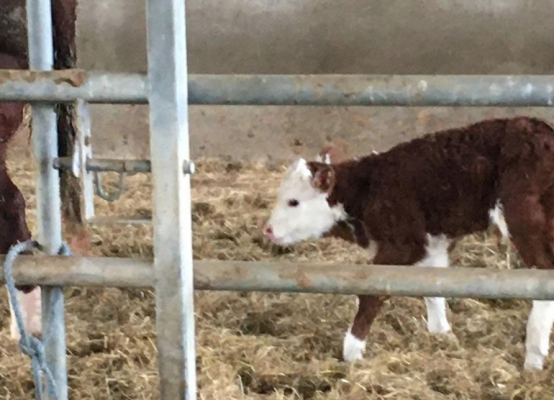 Sonic and Tonic have had their pen expanded – it is now as big as it will go.  They love pellets!  There is lots of jumping around at feed time and a very vocal Sonic shouts for his food.  Tonic is quieter.  He reminds us a bit of Daft Lamb.  We think he might have been the lamb born during shearing. 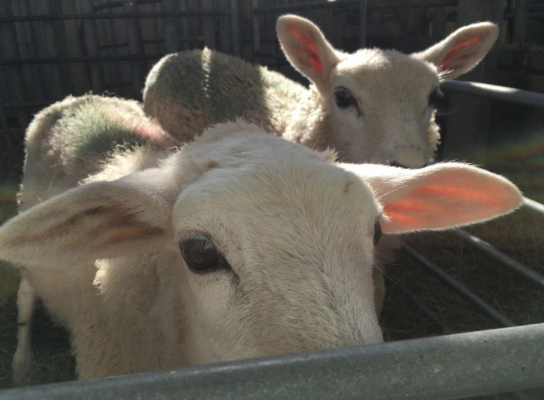