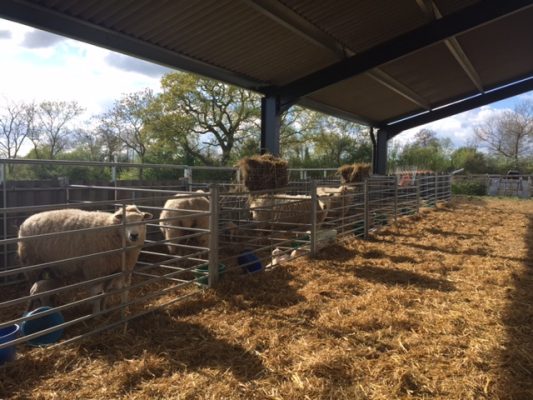 The barn has been converted into a maternity ward and lambing is well underway.  In fact last night, there were only 11 ewes left to lamb.

The new Mums get their own pen for the first day or so.  Then the family moves into a slightly bigger pen with one or two other ewes … so lambs can get used to finding mum in a crowd before they go out into the field. 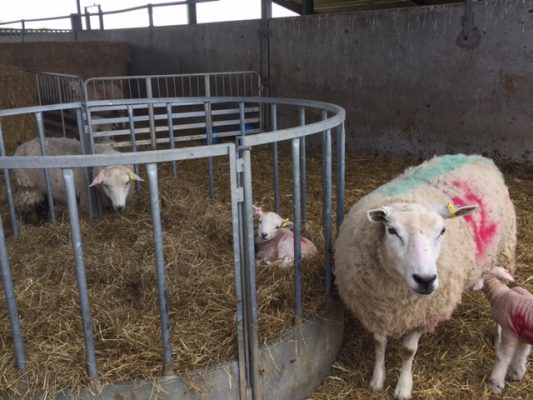 This is the nursery before the sheep go out to the field.

What a comfy bed the hay feeder makes.

Mum’s and lambs are numbered the same, so the farm can return lost lambs to ewes if they get separated. 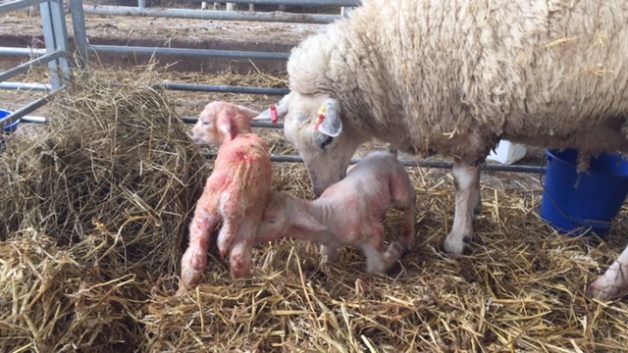 The farm have done a brilliant job of fostering this year.

One of the lambs in this picture belongs to another ewe – but she didn’t have very much milk, not enough for the twins she had.  This ewe lambed just after, having just 1 lamb.  There was a quick swap over and a transfer of goo so that both lambs smelled the same and it worked perfectly.  She happily fostered the second lamb.

As yet, no orphans who require bottle feeding. 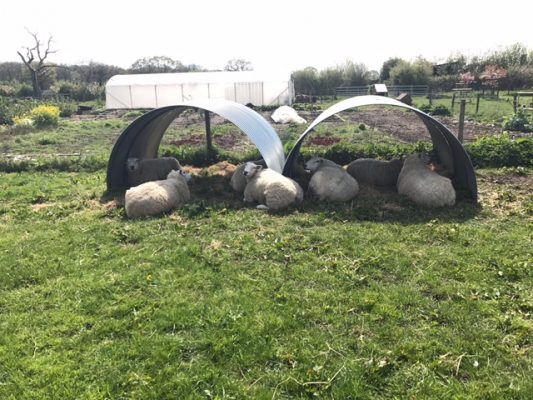 The weather has been much warmer and drier and the Lsd flock have been taking their afternoon siesta in the shade of the pig arcs. 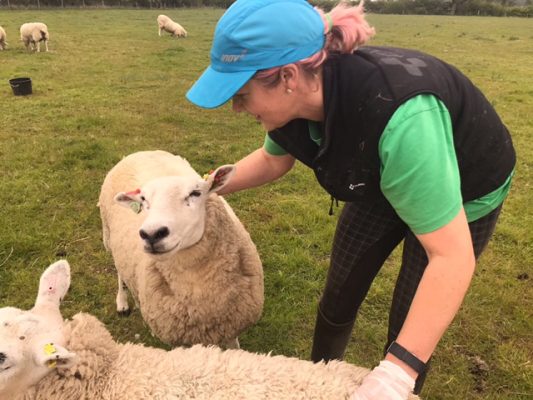 This is Kangaroo.  Like Bramble last month, Kangaroo was fairly wild and would not come near us.  But she’s come around and when she feels like it will let us give her some fuss.  She is called Kangaroo because of the funny way she walked when she joined the flock … she had a problem with her front feet.  All fixed now but the name has stuck. 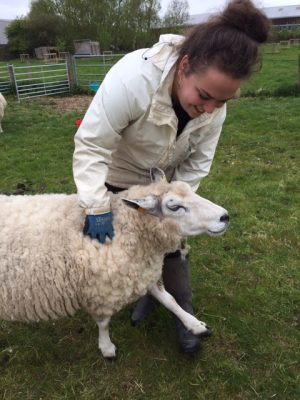 This is Tim’s sheep.  Tim’s sheep loves attention and if you stop giving it to her, she will politely kick you with her front leg.  It’s all very gentle – but just so you know she is there.  Much like a dog paws you when it wants stroking. 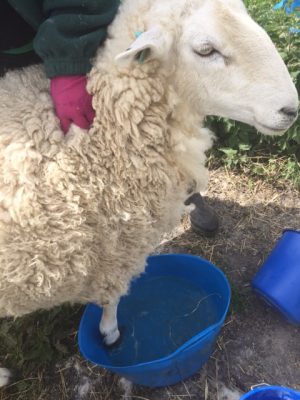 We’ve had trouble with sore feet again this month.  A few of them are limping.  We’ve tried various remedies, the foot bath in a bucket seems to be the least stressful method of treating them … Champion happily stood here while we fed him biscuits.  Spa day.