Tim’s Sheep was also hand sheared, along with Champion.  It takes a long time and the rest of them were pleased when the shearers arrived. 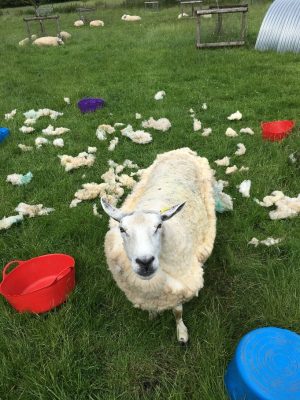 The guinea fowl now mostly likely to sit on top of their heat lamp rather than under it. 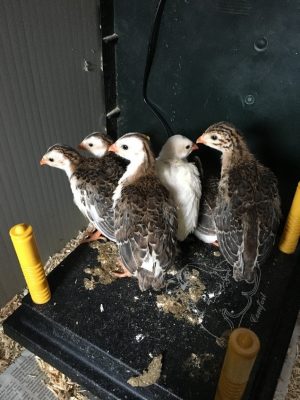 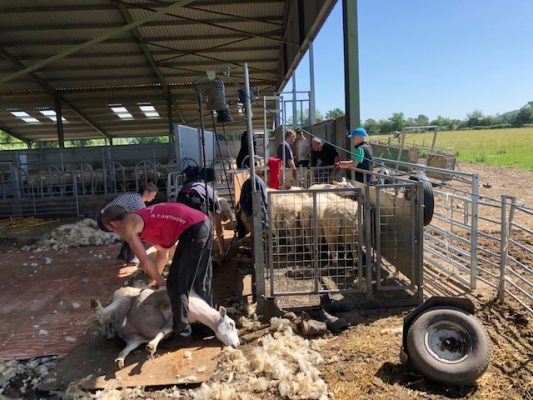 It went without incident and everyone was fairly well behaved.

Spot the difference, Daft Lamb and Tim’s Sheep.  It is hot today so shearing was done just in time. 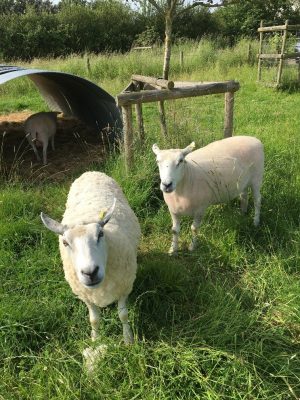 They look cooler, a bit fat (especially Bramble!) but much cooler.

It’s been hot and we do have a touch of sunburn! 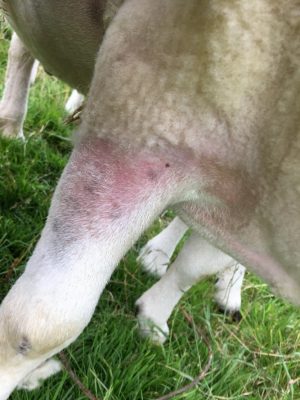 The guinea fowl have outgrown their ‘box’ and we’ve moved them over to the farm.  They will live in a cage for another 6 weeks by which time we hope they will be ready to be set free.

This is their first excursion onto grass.  Everyone was very tentative. 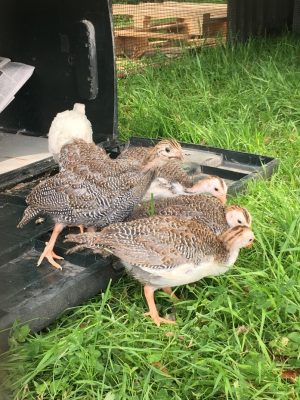 A happy accident from the bird feeders at the office door.  That sunflower is taller than Davinder. 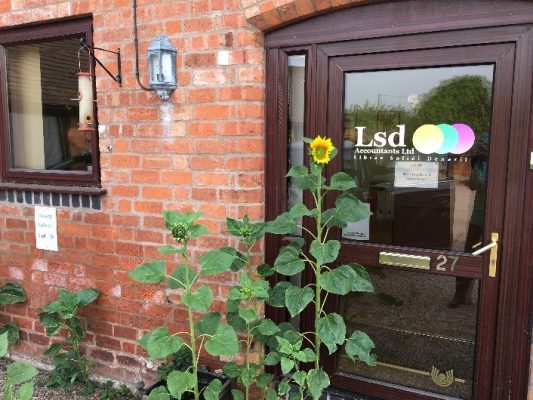 We’ve had a bit of foot rot which then sometimes involves a lot of chasing around if the sheep won’t cooperate – for treatment.  As we all gasped for air after trying to catch Chubby (surprisingly nimble) we decided it might be best if we invested in some hurdles and the sheep were trained to come into the hurdles once a week.

Hurdles are metal fences / gates which clip together and are very useful for creating temporary pens. 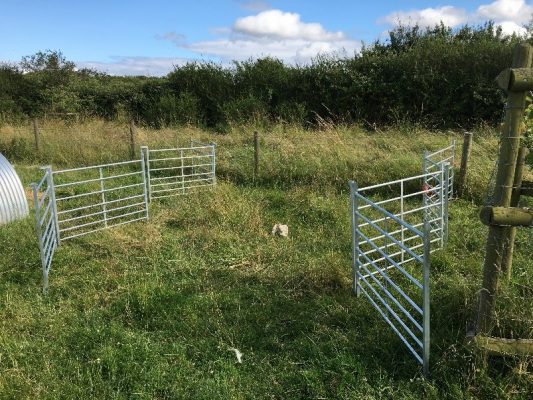 Our first patient was Baby Lamb.  He was limping and so we fed him inside the hurdles and closed the pen up until it was only a meter or so square.  Baby Lamb is a big sheep, one of the biggest and least compliant.  So it was a result when we were able to catch him, treat his foot and he was completely unperturbed by the whole experience … so much so that he wouldn’t leave us alone and we couldn’t get any distance from him for a decent photo. 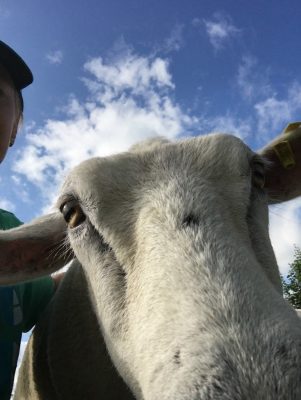 As opposed to when we traumatised Chubby by chasing him around for half an hour and he then wouldn’t speak to us for a week. 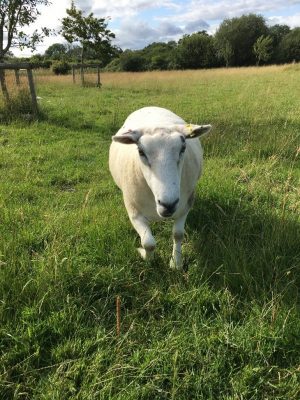 As you can see Chubby is now completely recovered and running over for some fuss.

We do have to be careful in the field at the moment.  885 is going through his head-but stage. 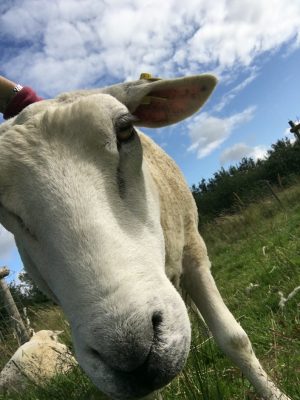 Once you start stroking him you can’t stop and turn your back or he will charge.  It’s usually a very undignified exit as you back out of the field telling him NO.  Thankfully it only lasts a month or so and then he’ll return to his usual gentle self.

Hope you all have a good summer!