I had some help today! 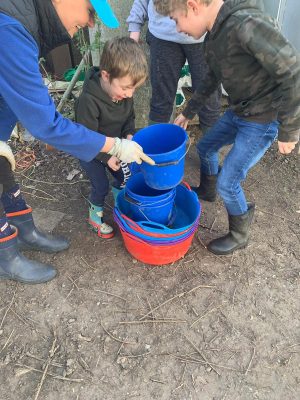 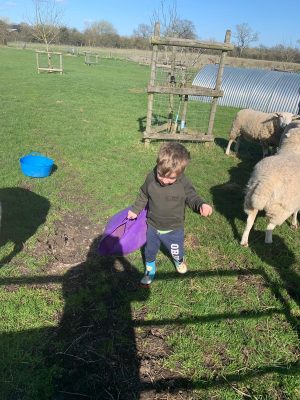 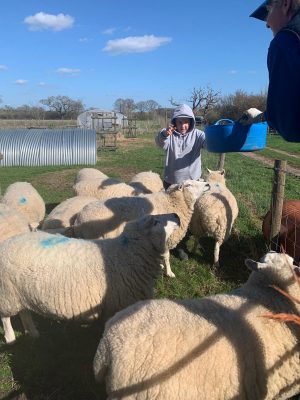 120 and Chubby were particularly boisterous today. The guinea fowl were almost squashed in the rush for food. We have to surreptitiously put down the guinea fowl seed or the sheep hoover it up. 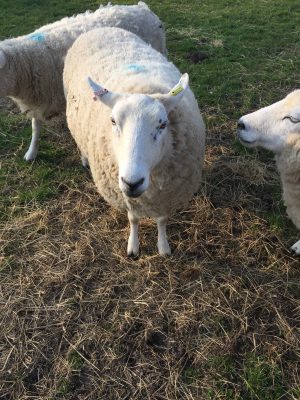 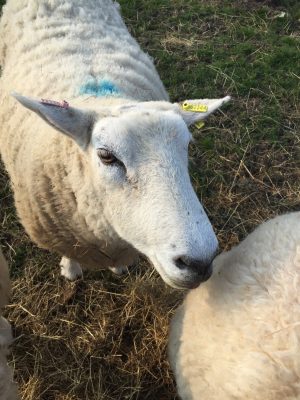 We have a resident pheasant with a bad foot that we have been feeding – can’t get close enough to help with the foot but at least we can feed him. 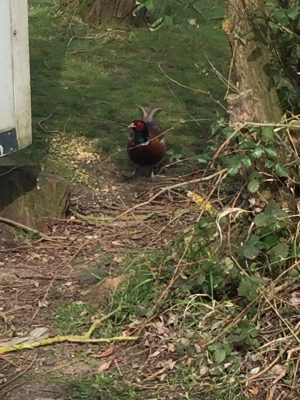 As soon as I dropped the bale of hay over the fence today the sheep descended on it too impatient to wait for it to be transported to the feeder. 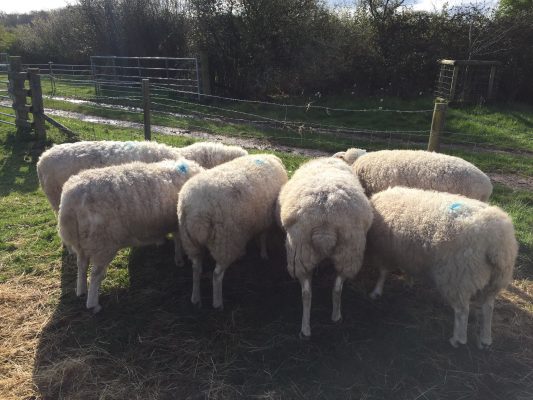 Audrey and Daft were squaring up to each other and doing a bit of head butting. 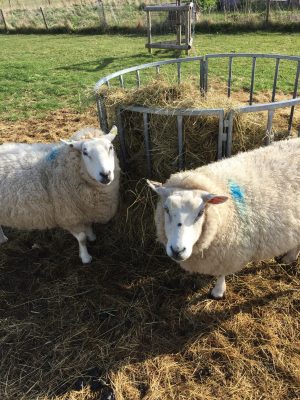 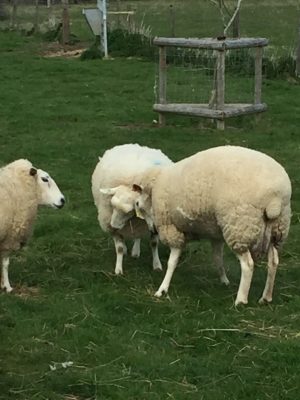 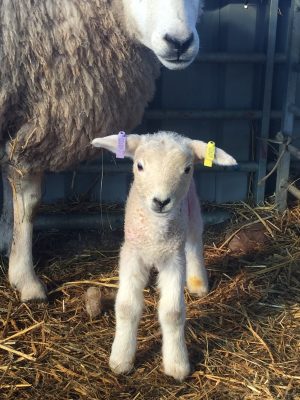 There are about 120 ewes to lamb this year.

This is not a brilliant photo because I couldn’t get close enough. But the ram has his head stuck through the handle of a hose pipe reel. It hung around his neck like a big medallion. Every time he ran towards the flock the flock ran away. We tried to catch him to free him. Eventually he managed to shake it loose himself. 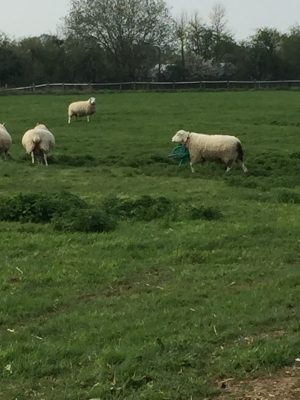 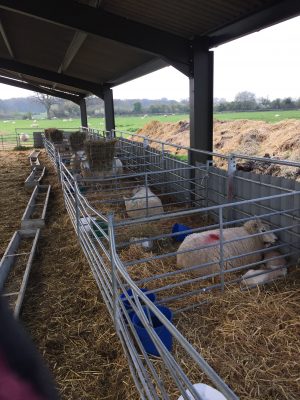 The new mums are in their individual pens with their lambs for a couple of days before being moved. 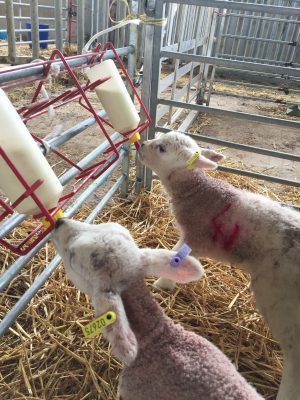