No sooner than last month’s newsletter was written, we had a last-minute text to say the shearers would be in the next day. This is the main flock ‘in waiting’. 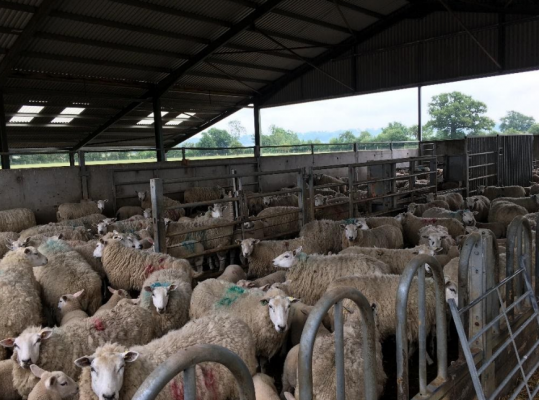 This is Lsd’s flock waiting (in more spacious accommodation). 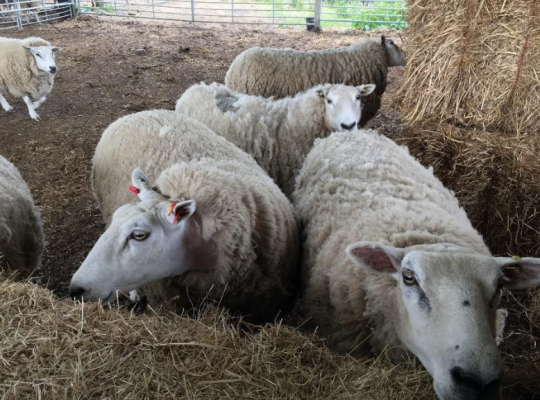 Waiting to be sheared is a stressful, noisy experience and thank goodness Tieran (our hay supplier who was helping out) spotted a newborn lamb on the floor of the holding pen. It was a miracle it didn’t get trampled. Mother and lamb are doing great. 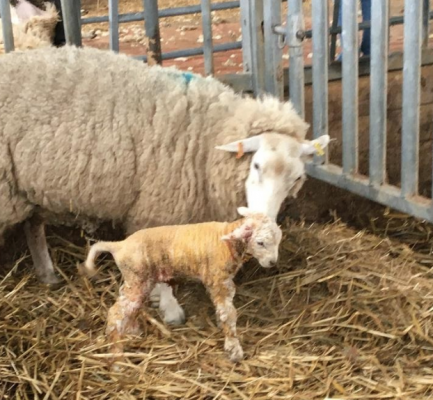 First the main flock go through. Then Tieran’s. Then Lsd’s. Then the rams. Here is the Lsd flock flirting with the rams. 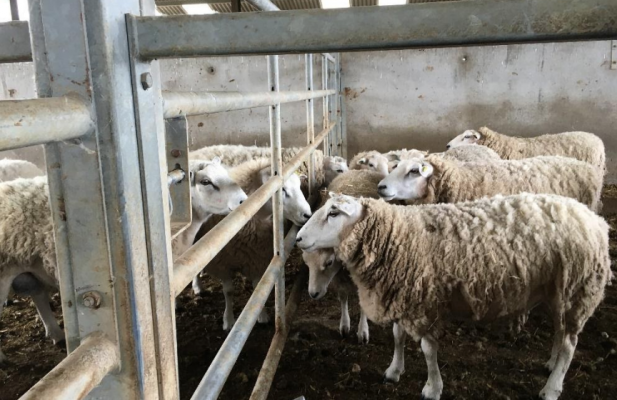 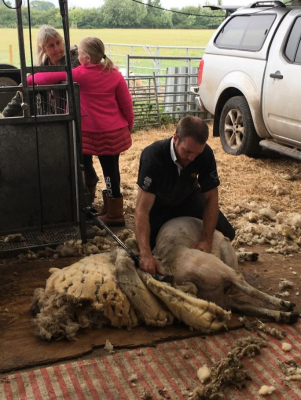 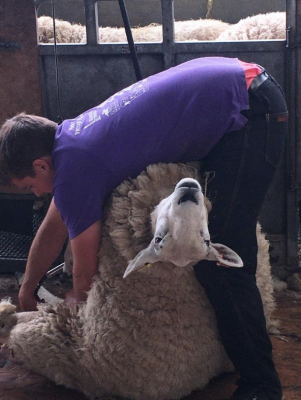 The black guinea fowl has had a lucky escape. You can’t see very well from this photo, but something has taken a chunk of feathers and it looks a little raw underneath. 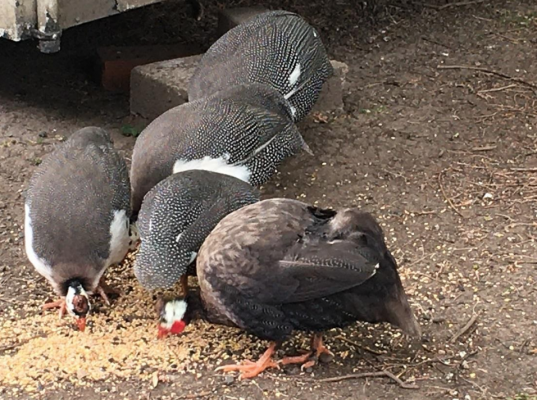 (Note – as at 13 July she is still doing fine so clearly no flight feathers were damaged. One lucky bird).

After shearing some of the sheep could do with a bit of a diet.  It is difficult to restrict their feed levels in summer when the grass is growing so well. The farm had the great idea of putting them in the barn for a few weeks and controlling the daily amount of hay. 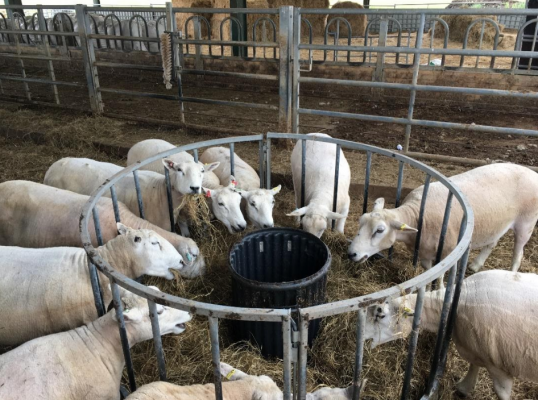 It seems to be working, all the hay has gone every morning and they jump on the next day’s supply, so they are getting hungry in between meals.  52, 885, 937 and Daft Lamb all showed almost immediate improvement although 52’s ‘indent’ is quite superficial. 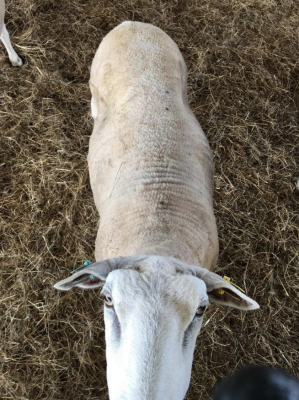 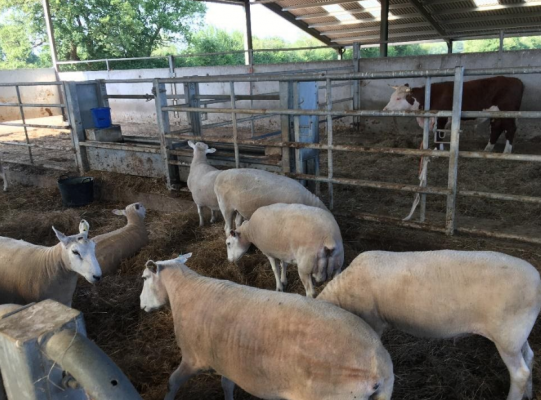 Shearing seems to release a certain amount of pent up aggression, Chubby’s head is bleeding from all the head butting.  Usually it is directed at each other.  885 however will chase you round the pen if he is so minded. 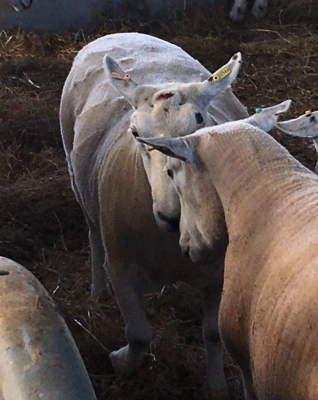 Champion, 937 and Baby Lamb had a footbath to try and clear up the foot rot / scald.

Champion, sulking. The footbath was not as advertised in the brochure. 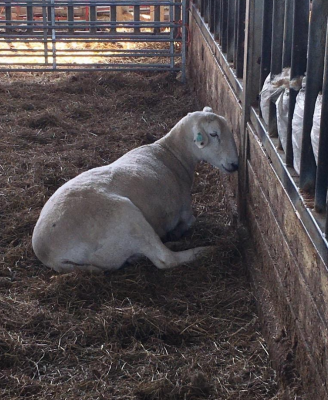 The barn is needed for the main flock so the Lsd sheep have been moved into the other side – it is most definitely the penthouse they have moved into.  It is huge and there is hay drying on the floor, so the bedding is about a foot deep.  I am not sure how well this is going to impact their diets? 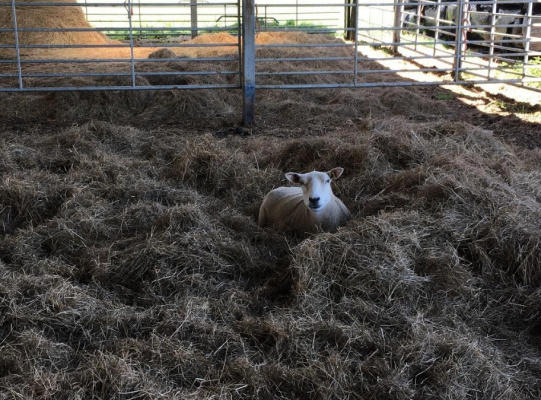