Today we had help feeding the sheep. 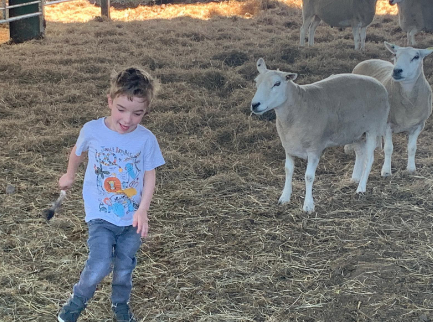 Not a care in the world. His auntie is in the background fending off 885 who has been enormously aggressive and head-butty. 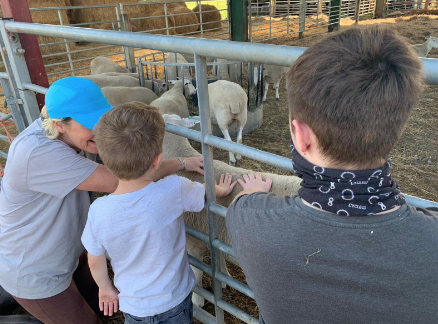 Feeling a bit more relaxed now we are this side of the gate.

It only takes a few to spoil it for the rest of them. A handful of the flock have realized they can get down on their knees and wriggle under the gate … and therein lies all the hay store! An all you can eat buffet! 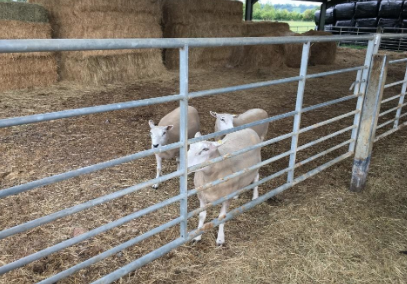 The good work of the first 2 weeks was quickly undone in their new surroundings, so it looks like they will be moving out of the penthouse and its all-inclusive package deal.

Ah, back to their original and less spacious accommodation. 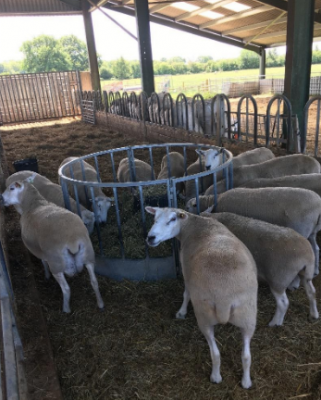 Champion is still limping around so is being subjected to weekly footbaths … he does get a few pellets – distraction technique. 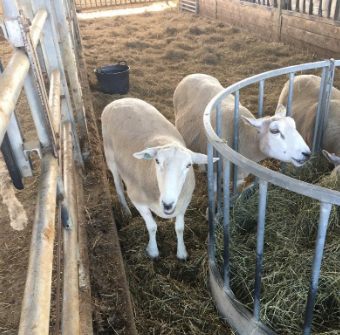 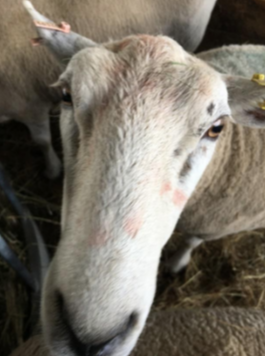 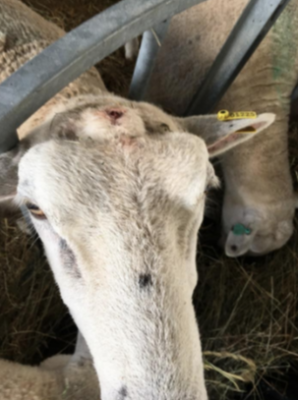 Baby Lamb … who is now a bit brute of a thing.

On the plus side, the sheep appear to be back on the straight and narrow and looking a bit healthier post penthouse and all-you-can-eat buffet.

All except Audrey who is still the plump little thing she ever was.  It is a wonder really as she is always the first one to leave the food and come over for some fuss.  She does have shorter legs than the rest of them, maybe it is the adage that if you’re tall, you can get away with carrying more weight. 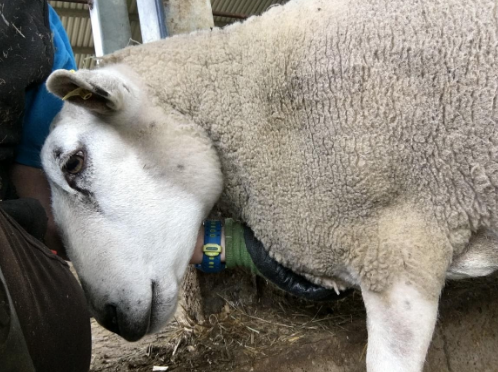 A new little family has moved in next door. 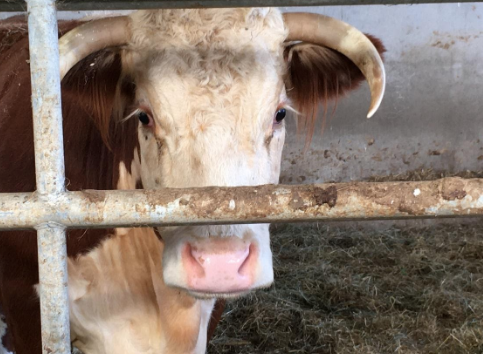 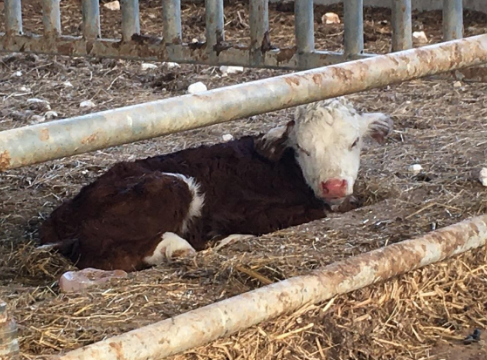 Once again, hanging out with Audrey … 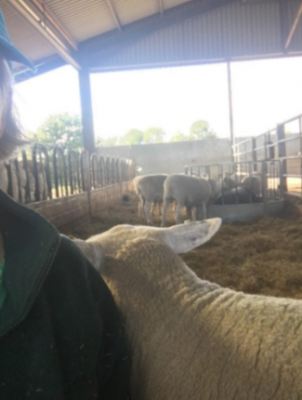 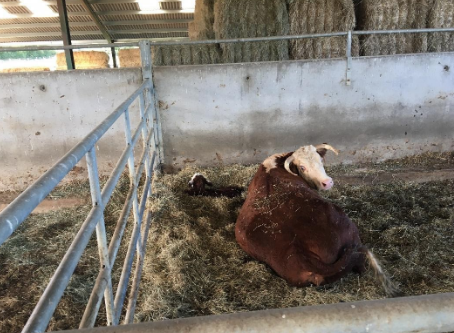 Some great news! Millie has had 5 puppies! All healthy and well.  Despite looking a bit like guinea pigs. 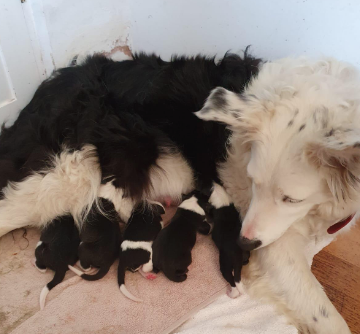 Diet is definitely working, feeding time is a bit frantic … 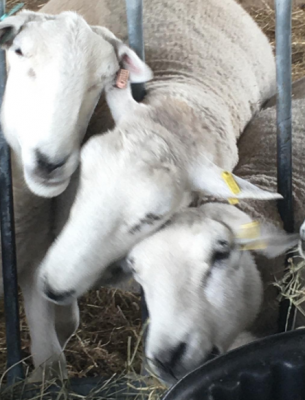 A baby pigeon has been spotted hanging about the car park and farmhouse, hopefully this is its parent.  The baby is the one in the background.  Hard to tell because of its size but clear from the way it behaves that it’s young. 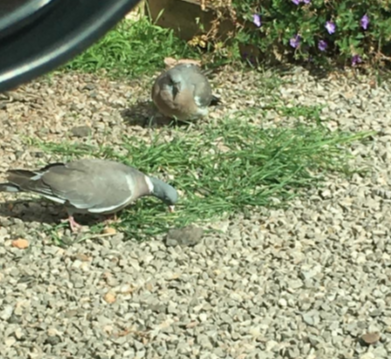 A definite cause for alarm today! 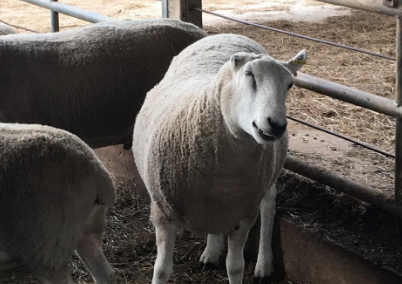 Pecky on high alert.  Because of … 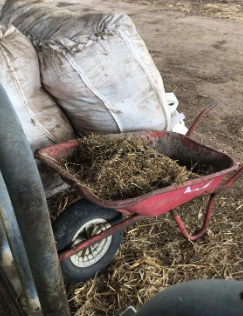 … the wheelbarrow.  We’re not sure if it looks like a dog but they certainly are very wary of it. 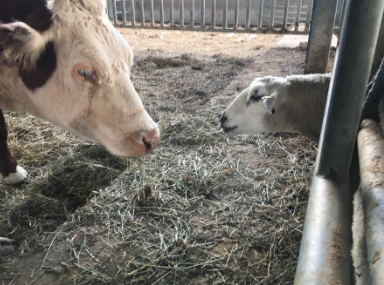 Audrey leaning in to see if the cow wouldn’t mind sharing her hay. No wonder she is not losing any weight if she is pinching food from others’ plates.

We hope you are keeping cool and enjoying the summer holidays.