It’s been hot and dry.  The grass isn’t growing and the sheep are miserable. 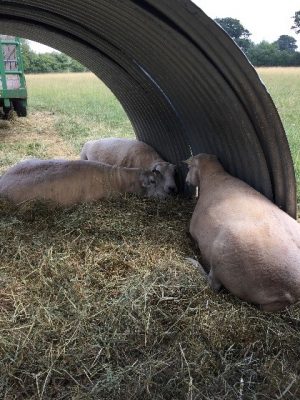 52, Tim’s-Sheep and Kangaroo feeling fed up and hot.  They spend almost all day either under the pig arcs or sheltering under the trailer. 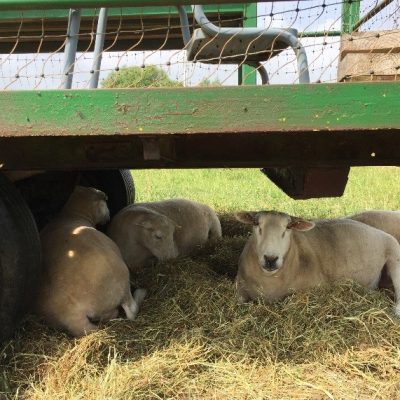 885 facing us, with Pecky and Bramble. 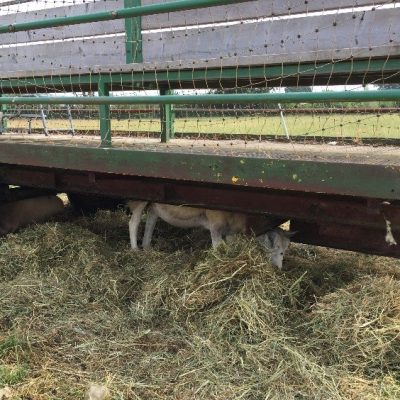 Daft Lamb peeking out from under the trailer. 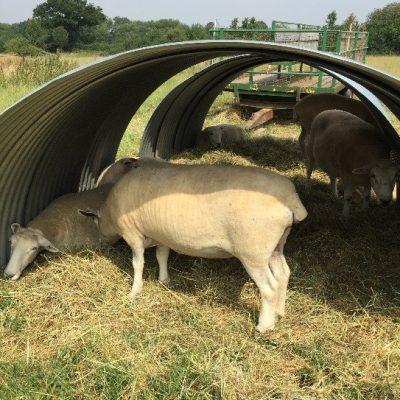 We even put some hay down for them – usually we’d reserve the hay for the winter. 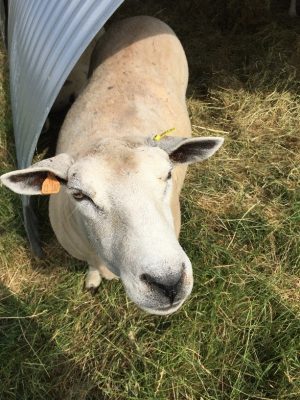 After shearing we noticed a worrying lump on Tim’s-Sheep’s back … it was about the size of a hand.  After a few days though it disappeared, so possibly it was a bruise or swelling caused during shearing.

The rest of them are okay although a couple are lame, we think mostly due to the ground being so hard. 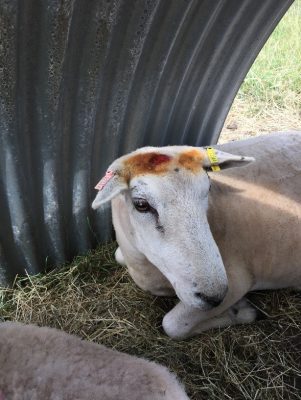 Apparently it’s not too hot to head-butt, we had to spray iodine on Chubby’s bloody head – which also helped keep the flies off it. 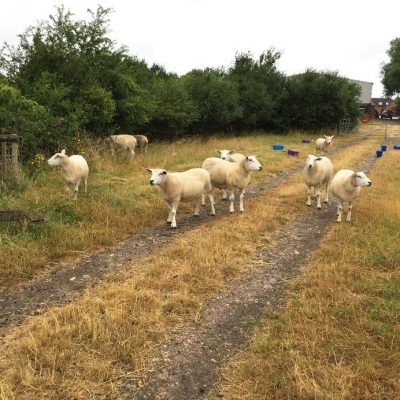 The grass is parched compare to last month’s which seems very lush and green by comparison: 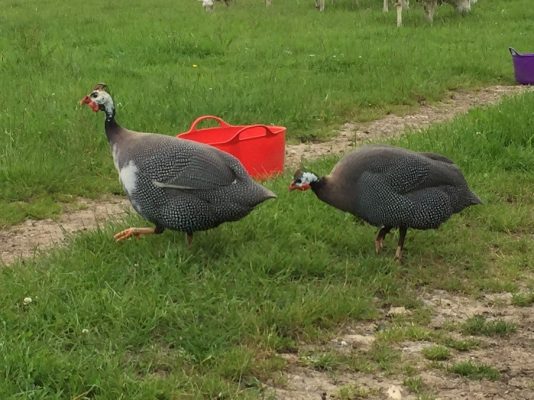 The guinea fowl strutting their stuff in June. 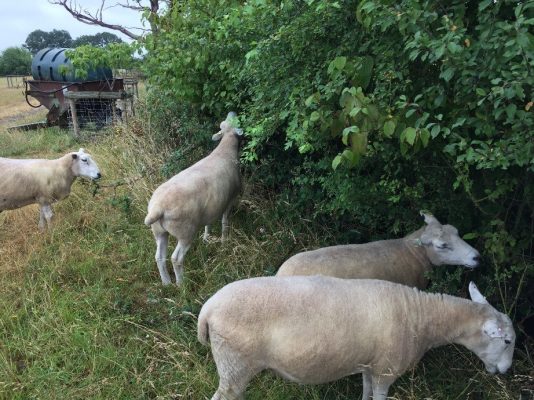 Today at least we have had some rain and the temperature has dropped – the sheep have now started on the hedgerows – they are particularly fond of bramble leaves.  The thorns don’t seem to bother them. 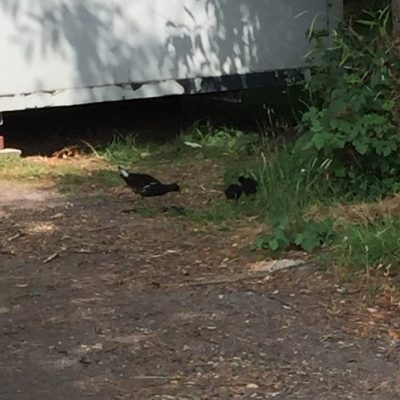 In pond news, it was nice to see the moorhen chicks grabbing some of the guinea fowl corn last weekend.  And on the subject of guinea fowl, we are still waiting for our chicks.  Due to the extreme temperatures our supplier has had an incubation issue and all of the last hatch were dead in the egg.  We are keeping our fingers crossed for when things start to cool down a bit.