With January over we are now looking forward to spring!  Chubby constantly has a bloody head from head butting the others.  You can tell his victims from the blood spots!

Chubby, Daft Lamb, 120 and Champion all like their own buckets as they get bullied off the shared buckets by the bigger sheep.  Champ is bigger, just a bit of a wuss. 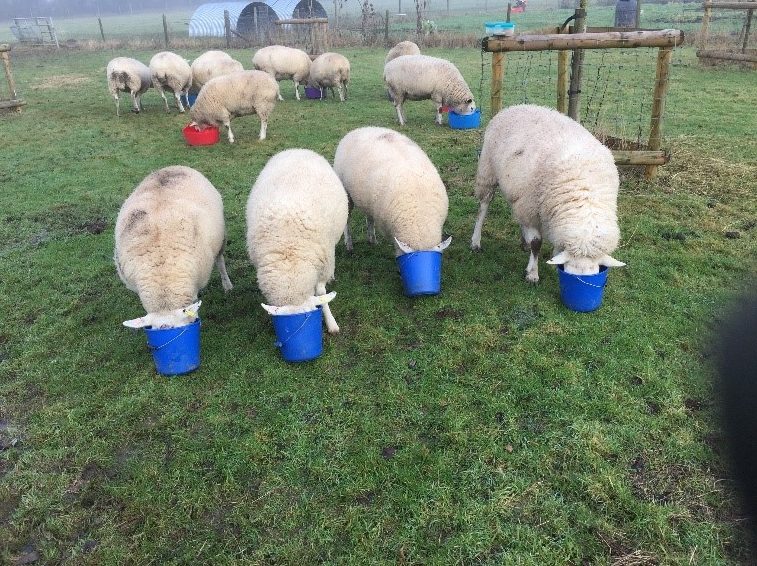 Baby Lamb is the master of getting a bucket to himself.  He never shares with anyone.  He has a tactic of circling around and pushing newcomers out the way with his shoulder whilst never taking his head out of the bucket.  It’s very effective.  And to think he was so puny when he was a lamb. 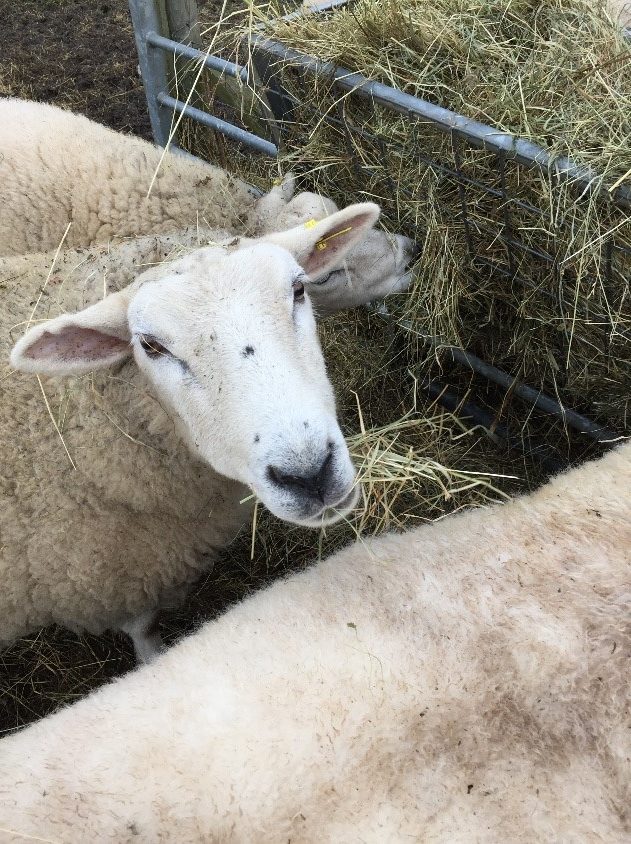 Champ has been limping for a while so he’s had a couple of shots of antibiotics for foot rot this month and a pedicure.  He’s looking much happier. 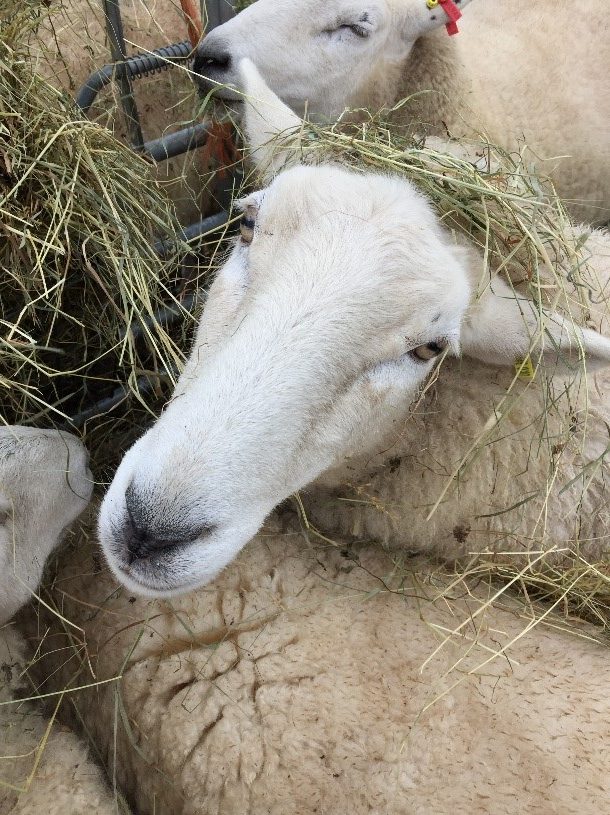 This month we must thank Russell!  The fence came down and the sheep had decided to explore the business park. 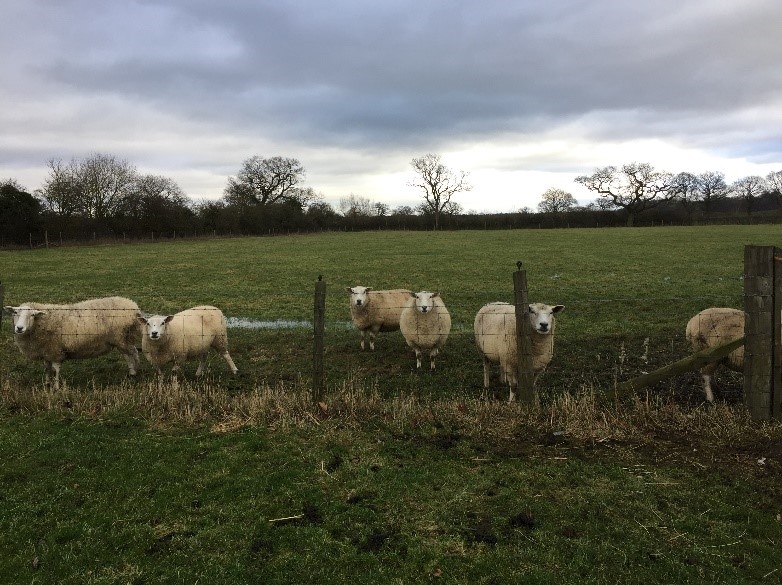 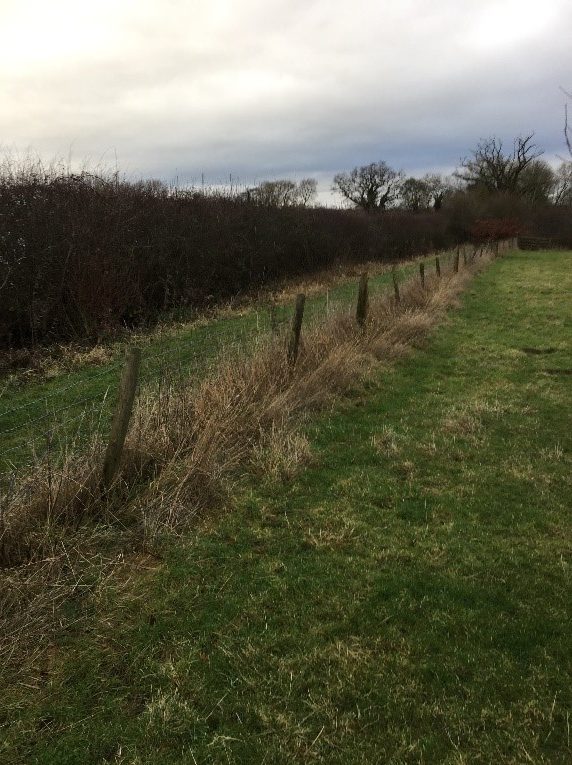 Russell managed to lead them back into the field and lock them in which gave us time to fix the fence.  He didn’t realize they were our sheep so we’re just thankful he took the initiative and delighted the sheep behaved and followed him.  Even without any biscuits.

When the sheep move fields, we need to move the pig arcs – the sheep like to shelter under the pig arcs when it rains (the Lsd flock are not a hardy bunch).  Moving the pig arcs is a fairly challenging job, the arcs are easier to flip on their backs and drag rather than carry… made in no way easier by the help of the flock.  When Pecky was younger, he would insist on standing on the upturned arc.  And Tim’s Sheep is always right under your feet while you’re trying to manoeuvre. 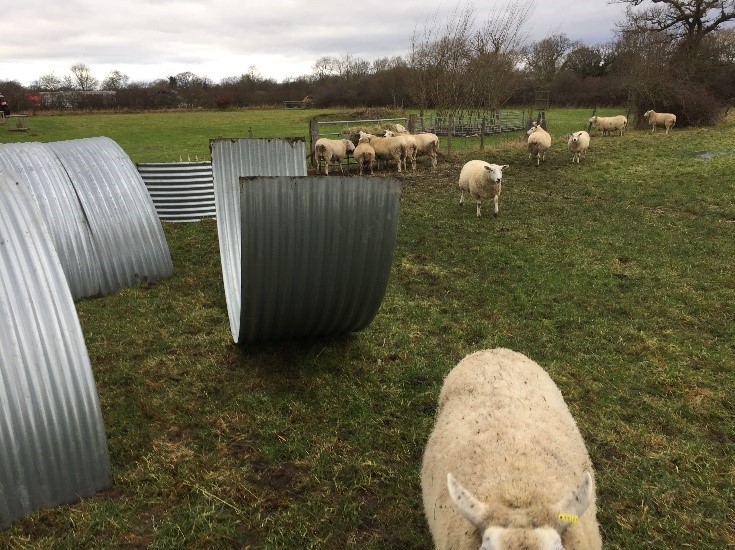 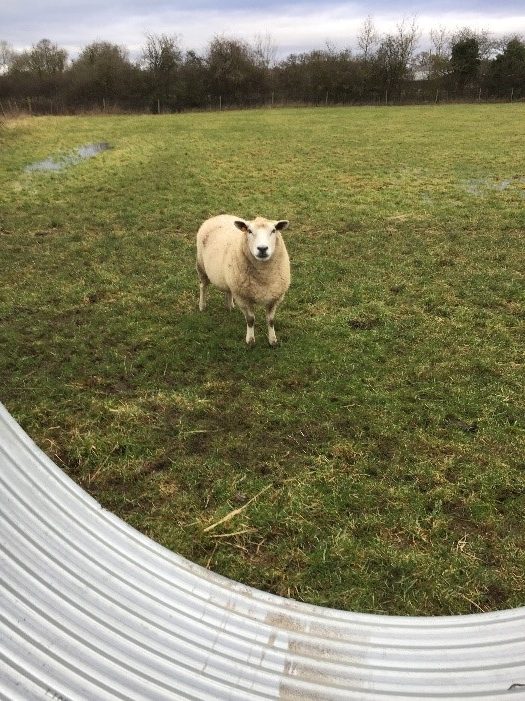 The main flock have now all been scanned to see how many lambs we’re expecting in April.

We will keep you posted if Stockwood CBS are going to run a lambing day this year … https://stockwoodcbs.org/