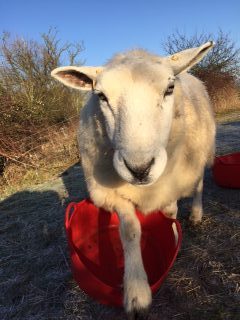 This is Grandma … our oldest sheep.  She found her way into our flock because she was being treated for sore feet (foot rot) after lambing.  And she stayed.  She is very tame and enjoys her new retirement home.  She did get a little confused over Christmas and we kept finding her wandering off into the hedge so she now gets extra attention and is doing much better. 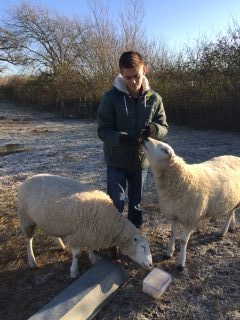 This is Elliott, Rachel’s son helping out with the feeding.  He’s got a Rich Tea biscuit in his hand, that is what ’52’ and Pecky are so interested in. 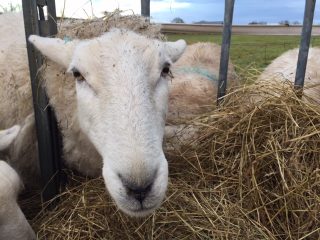 Champion is such a poser he seems to be in almost every photo.  Champion actually had a couple of days in Lesley’s kitchen when he was born – he was the first orphan that year.  There were no other orphans to keep him company and we couldn’t leave him in the orphan pen on his own.  He did come into the office for an afternoon when he was a few days old.  It was chaos.  Davinder has said never again.  He’s quite posh, he likes to be hand fed his sheep nuts, he doesn’t really like to eat out of the buckets. 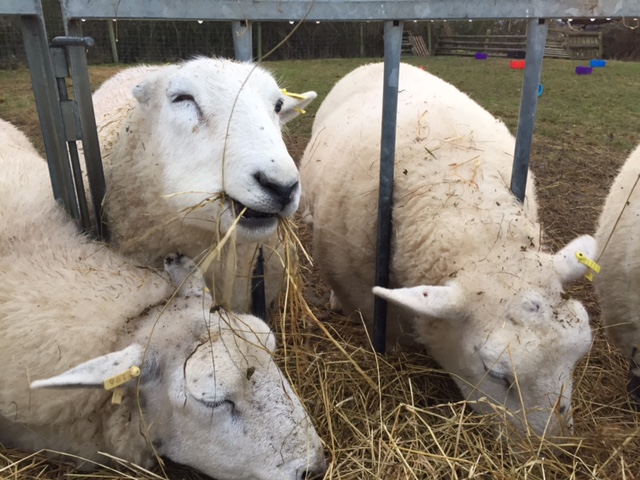 From left to right, Grandma, Pecky and Baby Lamb (so called because he was so tiny and just didn’t seem to grow when he was a lamb and we didn’t think he’d make it) getting stuck into some silage.